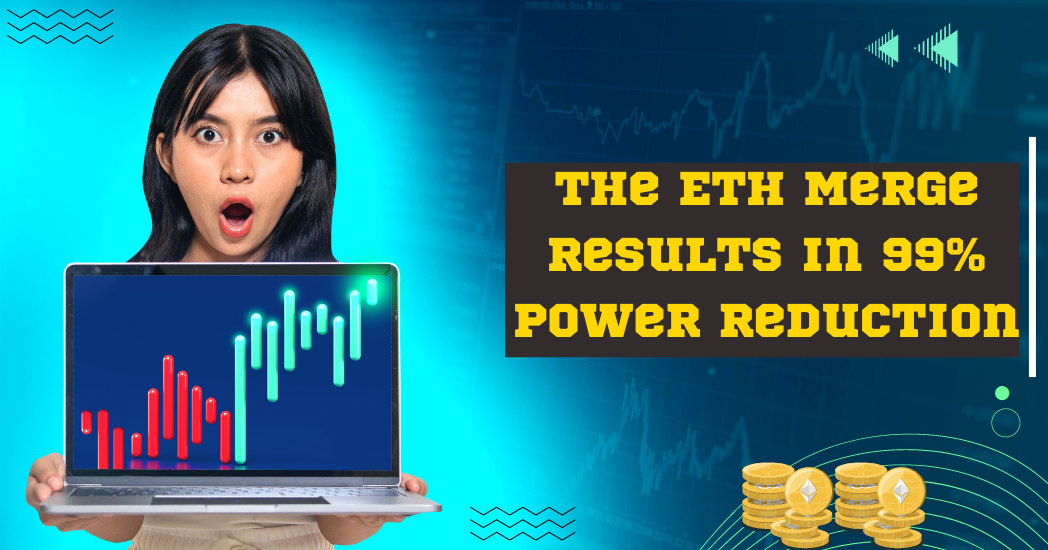 The majority of the cryptocurrency world is still buzzing with excitement after the successful completion of the Merge, which coincides with Ethereum’s historic switch to proof-of-stake (PoS). The most significant improvement that Merge has brought about for Ethereum is a 99% decrease in its overall energy consumption.

“This moves Ethereum away from a proof-of-work (PoW) consensus and toward a proof-of-stake consensus,” Prashant Kumar, founder, and CEO of weTrade said in an interview with FE Blockchain. “This makes the blockchain more energy efficient, increases scalability, improves the speed of computations, and reduces costs.”

What are the effects of the ETH Merge?

The Ethereum community commemorated the successful transfer of the network to PoS by producing artwork and music during the Ethereum Merge. In addition, a non-fungible token (NFT) artist by the name of Beeple, who is also the creator of one of the most expensive NFTs that has ever been sold, recently published an illustration depicting a massive Ethereum logo that appears to be gradually emerging with the assistance of people who appear to be scientists.

Hashing power has surged by approximately 200% in the space of only the last 30 days as a direct result of the announcement of this merger. According to Sathvik Vishwanath, co-founder, and CEO of Unocoin, “the impact of this revelation on Ethereum price has been speculated on since the prices have been declining over the previous week by around 6%.”

What does Buterin say about the Merge?

In a series of tweets, the co-founder of Ethereum, Vitalik Buterin, discussed the future of the blockchain. Buterin went on to describe a strategy that would bring the Ethereum smart contract blockchain to what he referred to as the “endgame.” This approach is an incremental one that consists of five steps.

In addition to this, it should be mentioned that the Merge will use around 99.5% less energy compared to the previous approach. The issue of ether will drop dramatically once the proof-of-work network is no longer operational, which will increase the cryptocurrency’s value. In general, the modification to the protocol will result in an improvement in how bitcoin is perceived and will attract a new group of individual and institutional investors. This information was provided by Swarup Gupta, the chief of financial analysis for the Economic Intelligence Unit (EIU).

Furthermore, musician Jonathan Mann offered a rundown of Ethereum’s background for the audience. Rostin Behnam, chair of the US Commodity Futures Trading Commission (CFTC), stated that the switch to PoS take on the Ethereum blockchain may assist in lowering the energy consumption of cryptocurrencies. He also hinted that legislation would presumably still be obligated to address the problem. Despite this, he believes that the switch could help reduce the energy consumption of cryptocurrencies.

While this was going on, an Ethereum researcher by the name of Justin Drake estimated that the Merge will also result in a drop of 0.2% in the usage of power all around the globe. In the hours leading up to the incident, Buterin referred to Drake’s forecast. The second key shift brought about by the conversion to PoS was the decrease in the quantity of ETH released as incentives for validators’ labor to maintain the network. As a result of this development, ETH has become a deflationary asset.

According to Nischal Shetty, founder, and CEO of the cryptocurrency exchange WazirX in India, Ethereum is the “OG of smart contracts” and has been an important contributor to the development of the Web3 ecosystem. The official Twitter account for Dogecoin, which is presently the second-largest PoW cryptocurrency in terms of market value, has extended its congratulations to Vitalik Buterin, the co-founder of Ethereum, as well as to everyone else who participated in the Merge.