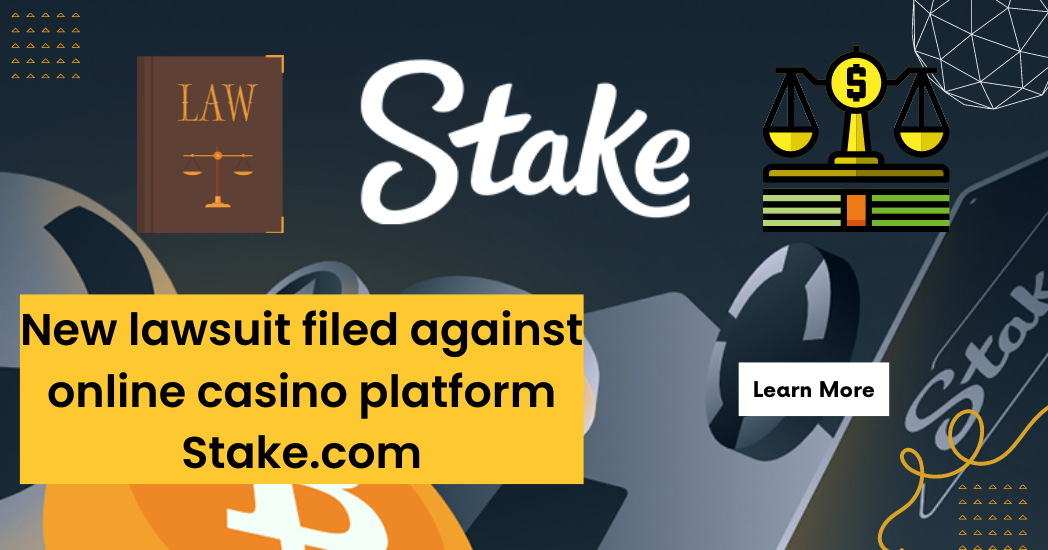 The world of cryptography is home to many wondrous things. The last several weeks have been filled with a great deal of mayhem. As a result of the failure of several projects, numerous lawsuits have been filed across the market. The cryptocurrency sector was slapped with yet another lawsuit on Tuesday. This time, on the other hand, it occurred inside a single entity.

It was revealed recently that the previous partner of one of the largest Bitcoin casinos in the world, named “Stake.com”, was taking legal action against the platform’s creators. The lawsuit is being launched by the former partner.

What is the lawsuit filed by Stake.com?

The stake is a legitimate online sports betting and casino platform that has an official eGaming License from the government of Curacao. The Crypto Gambling Foundation has validated its membership, and it provides a two-factor authentication option for users’ accounts.

It has been reported that the former partner Christopher Freeman has initiated legal action in the Southern District of New York. In his complaint, he said that he was duped into straying away from the formulation of Stake.com and asked for punitive damages of $400 million. He also alleged that he was misled and cheated out of his rights.

Ed Craven and Bijan Tehrani, the founders of Stake.com, have been living extravagantly, and it was used as evidence that they had lately acquired costly properties. He said that the company has handled over one hundred billion dollars worth of wagers. Freeman made advantage of everything that happened to emphasize how successful the Bitcoin casino was.

What leads to the present situation?

According to reports, Tehrani and Freeman went to the same elementary and secondary school when they were younger. After meeting Craven at the same institution in 2013, the two of them decided to launch a casino operation known as Primedice. Tehrani and Craven both possessed 40 percent of Primedice, while Freeman was responsible for 20 percent of the company. According to reports, this was a deal that was similar to the investments they made initially.

However, after the first nine months, Freeman’s interest was reduced to 14 percent from its original value. Because we wanted to recognize other members of the development team, we decided to do this instead. Although this did not sit well with Freeman, he first proposed the notion of a cryptocurrency casino back in 2016. Freeman said that the other two were not very interested in the matter, despite the impending danger posed by the restrictions.

In an unexpected change of events, the two individuals chose to go on with Stake.com, while Freeman maintained that he was abandoned in the lurch. If Freeman wished to be a part of the cryptocurrency casino, Tehrani and Craven strongly suggested that he relocate to Australia.

Later, when Stake.com launched as a virtual casino that included a competing online dice game as well as many other features Freeman had proposed and helped design, Tehrani and Craven affirmatively tried to assuage Freeman’s dismay at having been misled by reassuring him that he still retained his stake in Primedice. They did this by stating that Freeman still owned a portion of Primedice. Additionally, Freeman said that he was prevented from entering Primedice as well.

What did the company say?

The crypto casino has claimed that the allegations made by Freeman are described as “inconsistent” and “misleading” by Stake.com. The individuals who established Stake.com were convinced that Freeman’s assertions were not true in any way. Even further, the company implied that the action was an attempt to maliciously disseminate false information.

The company made it clear that it would not cave into Freeman’s demands and would continue to maintain its position. The creators of the Bitcoin casino had a high level of confidence that the court would quickly rule in their favor and reject Freeman’s allegations.