Lobbyists in Singapore are opposed to the planned blanket prohibition on lending crypto tokens. 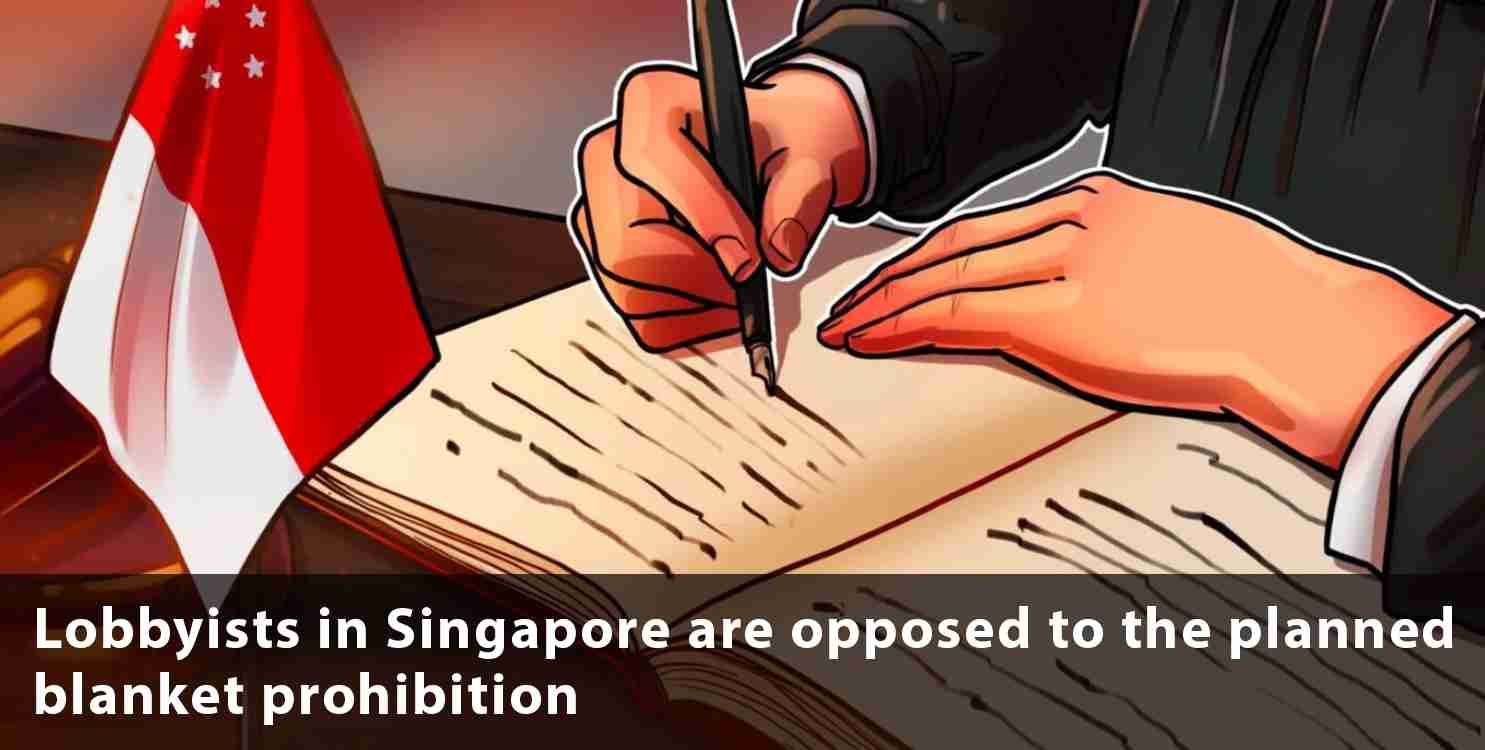 The largest crypto advocacy organisation in Singapore has criticised the central bank’s proposals to prohibit crypto businesses from lending out retail clients’ digital tokens, calling such a step “overly restrictive.”

According to an 11-page comment provided late last month to the Monetary Authority of Singapore and accessed by Bloomberg News, the Blockchain Association of Singapore warned such a blanket prohibition might instead inspire users to seek out unregulated offshore entities to lend their tokens to. The text differed on issues such as retail incentives, but agreed on proposals such as prohibiting consumers from borrowing to purchase crypto tokens and segregating client assets from the company’s own.

The group stated that lending tokens allow users to earn interest, which is one of the benefits of owning digital payment tokens. Singapore’s central bank has recommended a slew of new safeguards to protect retail customers from the volatile cryptocurrency market, such as prohibiting corporations from lending or staking their tokens to earn profits and prohibiting individuals from borrowing to fund token purchases.

“We are recommending a more balanced and focused approach,” Chia Hock Lai, chairman of the association’s board, said in response to Bloomberg’s request for comment on the memo.

The MAS’ consultation paper in October after a string of high-profile crypto blow-ups in the city-state, including notorious hedge firm Three Arrows Capital and platforms Vauld and Hodlnaut. Since then, the collapse of FTX and its subsidiaries has exposed the dangers of poor regulation and client protection, as charges of misbehaviour, including the misappropriation of billions of dollars in customer cash, have surfaced.

“While well-intended, the proposed restrictions may have unforeseen repercussions if adopted in their totality, including driving customers to unregulated service providers,” Chia added. According to the paper, the MAS received input from 180 persons who attended a seminar held by the association in November. The organisation also objected to placing a blanket prohibition on corporations delivering incentives to retail consumers, calling the idea “extremely harsh”.It proposed a more sophisticated approach, such as permitting non-monetary presents, such as door prizes during roadshows.

The group takes particular issue with MAS’s plan to outlaw the loan of tokens for the purpose of earning interest. This is one of the key reasons for investing in digital payment tokens, according to the association. Disagreements were also disclosed in the letter, such as giving shop incentives.

Notably, the paper was not solely critical, with the group discovering areas of agreement with the monetary authorities. The group agreed that clients should not be allowed to borrow money in order to invest in cryptocurrency. They also agreed that cryptocurrency firms should make a clear distinction between their own assets and those of their consumers.

The chairman of the association’s board, Chia Hock Lai, stated that he planned to pursue “a more methodical and focused approach, without the needed governmental permits.” For this to happen, greater active participation on the association’s side is extremely necessary.

For example, by doubling down on teaching customers about the dangers of engaging with unregulated businesses. Lai also recommended stepping up enforcement against people who engage in restricted activities.

Singapore, despite its reputation for financial openness, has every reason to be cautious about cryptocurrencies. Top crypto firms, such as Three Arrows Capital, that failed the previous year had their headquarters in the city. Singapore’s state investment fund recently wiped out its $275 million stake in FTX. MAS has collaborated with investment bank JPMorgan to test international decentralised finance settlements.