Ethereum: Nearly 80% of Staked ETH is in Loss 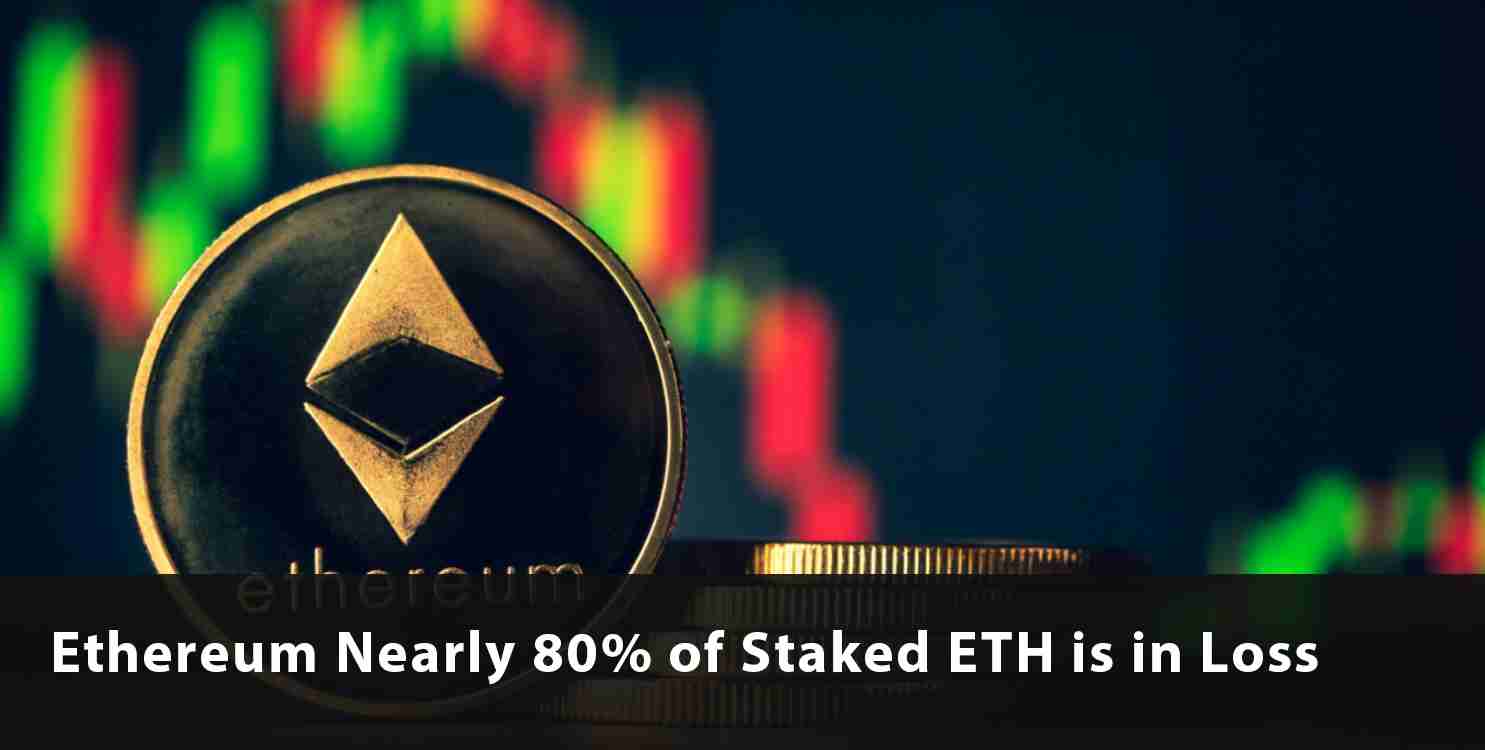 What exactly is ethereum?

Ethereum is a decentralised blockchain technology that establishes a peer-to-peer network for securely executing and validating smart contracts. Smart contracts allow parties to do business without the requirement for a trusted central authority.

Transaction records are immutable, verifiable, and disseminated securely via the network, giving participants total ownership and visibility over transaction data. User-created Ethereum accounts send and receive transactions. A sender must sign transactions and spend Ether, Ethereum’s native coin, as a cost of performing transactions on the network.

The advantages of building on Ethereum

Ethereum provides an incredibly versatile framework for developing decentralised apps utilising the native Solidity programming language and the Ethereum Virtual Machine. Decentralised application developers who use Ethereum to create smart contracts benefit from the vast ecosystem of developer tooling and documented best practices that has come with the protocol’s maturity.

This maturity extends to the quality of the user experience for regular Ethereum app users, with wallets like MetaMask, Argent, Rainbow, and others providing simple interfaces for dealing with the Ethereum blockchain and smart contracts deployed there.

What became of it?

The bear market has resulted in numerous losses for individuals and even large corporations, and according to new statistics published by crypto analytics site Dune analytics, the majority of all ETH stakers are in the red, with only a few remaining in the black.

The rationale for more losses than profits is due to market conditions from 2021, when the Ethereum Beacon chain was released, until the present. ETH had set a new all-time high (ATH), but it had also dropped by more than 50% since the ATH.

According to data provided on January 4, 80% of ETH staked is now losing money. Those that staked ETH at lower prices than the current levels are among the 20% who are still in the black.

According to the data, a large portion of ETH was staked when the price of ETH was still around $600 — this dates back to December 2020, when the Beacon Chain was created.

Despite the fact that ETH has since grown to a position where it is now 50% higher than the 2020 price level, 80% of the currently staked ETH was staked at or above $1,200. Following the enormous losses in staked ETH, the amount of weekly staked ETH has dropped dramatically, with fewer ETH staked since the fourth quarter of 2022.

Only 25,000 ETH has been staked over the last week. Prior to the harsh market conditions, approximately 150,000 ETH was staked per week. If ETH continues to fall in value, significant withdrawals from ETH staking contracts are likely when a withdrawal mechanism is implemented later this year.

Another story to examine is the long-term perspective. Given that most investors have already decided to keep their ETH for the long term, they may as well ignore the present Ethereum price levels.

Furthermore, staking ETH directly or through an exchange usually has a two-year lockup period. According to Dune statistics, 15.9 million ETH is now staked, or 13.2% of the total supply.

Nonetheless, despite the seemingly interminable drop, Ethereum and other altcoins remain hopeful. As of this writing, ETH has gained more than 3% in the last 24 hours, with a trading volume of $5.2 billion over the same timeframe. Furthermore, given the rapid upward movements in what appears to be a false rise, a reversal is likely.